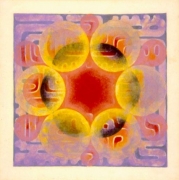 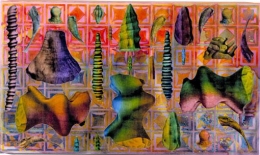 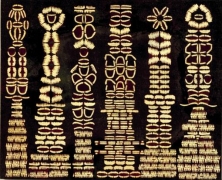 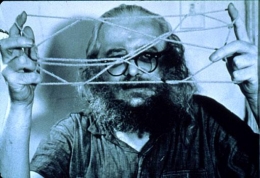 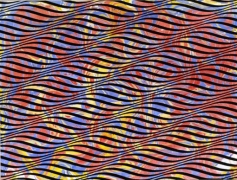 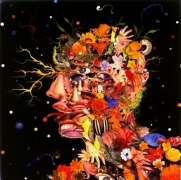 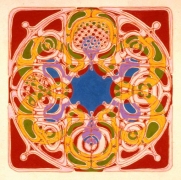 This exhibition curated by Raymond Foye presents the visual art of Harry Smith (1923-1991) painter, filmmaker, folklorist, anthropologist, and practicing magician; seen in the light of two of his most dedicated and influential admirers, Philip Taaffe (b. 1955) and Fred Tomaselli (b. 1956). Important figures in the revitalization of painting today, Taaffe and Tomaselli have separately explored many of the themes central to Smith's prescient aesthetic; one rooted in the theosophical and spiritualist origins of European abstraction as evidenced in the works of Kupka, Kandinsky and Mondrian.

Note also: The world theatrical premiere of FILM #18 - MAHAGONNY, the unfinished final film by legendary American cultural figure Harry Smith, will take place at Anthology Film Archives from Friday, September 13 to Sunday, September 22. The film involves astonishing sequences of four-screen projection, and has just been restored by Anthology and Harry Smith Archives. The screenings will be punctuated with several live performances by John Zorn and other musicians in tribute to Harry Smith, on Thursday, September 12 and after MAHAGONNY on Saturday, September 14.

Fred Tomaselli
Back To Top