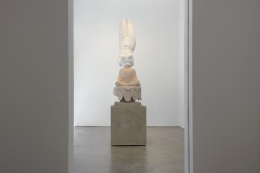 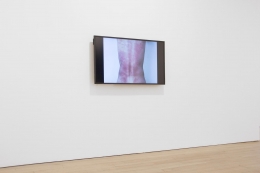 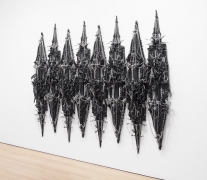 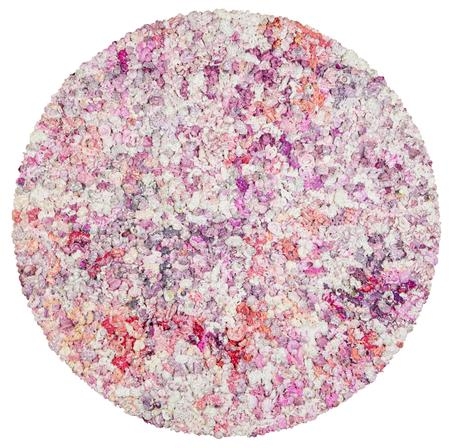 James Cohan is pleased to present a solo exhibition by the multi-disciplinary Chinese artist Xu Zhen. This will be the third exhibition of work by Xu Zhen at James Cohan and the largest presentation of his art in New York since 2009. The show will be on view from September 8 to October 8, 2016 with an opening reception from 6-8 PM on Thursday, September 8.

Xu works within many different media and thematic structures, making him an enigmatic yet groundbreaking figure in Chinese contemporary art – a role that he gleefully accepts. In 2009 Xu Zhen subsumed his individual artistic identity and transformed into MadeIn – an “art creation company.” Subsequently in 2013, MadeIn launched a brand – Xu Zhen, redundantly making Xu a product of his own corporation. Of his work, Hans-Ulrich Obrist, director of the Serpentine Galleries, London, writes, “Xu’s sociopolitical appraisals distance him from the herd of contemporary Chinese artists. And the breadth of his practice, in all its seeming spontaneity and surprising inflections and turns, only complicates the attempt to pin him down to any single position within his country’s art scene—or, indeed, within cultural production at large.”  The works in this exhibition examine the human experience of pain, pleasure and desire as well as the aesthetic manipulation of consumers in late capitalist societies.

The exhibition will present a large-scale sculpture from the Eternity series, Xu’s 1998 film Rainbow,  selections from his Under Heaven paintings and a new wall installation, Corporate – (Erected), produced this year. Xu’s oeuvre questions the validity of an East-West dichotomy with great skepticism.  Xu’s Eternity sculptures are a mash-up of Hellenistic and Buddhist statuary, creating three-dimensional, transcultural exquisite corpses. The result is a deftly composed work that carries the weight of history, yet acts as a sly statement about global similarities and differences.
In Rainbow, which premiered at the 49th Venice Biennale in 2001, a bare back fills the screen and is repeatedly slapped until the skin turns an alarming shade of red. Although the slapping is audible, the hands themselves were removed through editing. The result is a visceral, aestheticized portrait of pain and endurance.
In contrast to Rainbow, the paintings from Xu’s ongoing Under Heaven series are a voluptuary dream. He applies a thick layer of oil paint to a canvas and then forms delicate petals and flowers using a cake decorator. The resulting impasto creates a striking relief, tempting the viewer to touch or even taste. The expansive title, Under Heaven, is a literal translation of a Chinese word meaning “the whole world.” The sumptuous surfaces as well as the allusive title make the works an intense sensual experience.
Corporate – (Erected) is a large-scale wall sculpture incorporating ready-made S&M paraphernalia. From afar, the work appears to be an exercise in gothic formalism; however, upon closer inspection it becomes clear that it is an assemblage of leather accessories and erotic toys. Xu intends the viewer to project his or her own cultural associations onto the sculpture and experience its meaning and associations in a very subjective way. Rarefying these salacious objects in a fine art setting evokes the idea of sexual pleasure – perhaps to an uncomfortable extent.
The works in this exhibition, united in their lush, eye-catching aesthetics, are representative of three primal human sensations –pain, pleasure and desire. This sensual trinity is fundamental to Baruch Spinoza’s seventeenth century treatise, Ethics – a cornerstone of Enlightenment thought – and has a strong relationship to Buddhist practices.
Through Euclidian logic, Spinoza argues that from pain, pleasure and desire all other human feelings are derived. Spinoza was also an early proponent of pantheism – the philosophical school that conflates the entire universe and reality with divinity. Therefore, according to Spinoza, pain, pleasure and desire are elemental to our experience of the infinite divine.  In the Eastern tradition, Buddhism incorporates these fundamental sensations through its central doctrine – the Four Noble Truths. The Four Noble Truths postulate that life is full of suffering, suffering is caused by desire, suffering ceases when attachment to desire ceases, and that freedom from suffering is possible through the Eightfold Path. While the Buddhist understanding of the aforementioned emotions differs radically from Spinoza’s Western interpretation, the ubiquity of these themes evidences the cross-cultural commonality that Xu’s oeuvre expresses.
Xu’s artwork excites potent sensations. The emotional manipulation of his audience is an insightful commentary on consumer manipulation in late capitalistism. Focus, another work by Xu on view in the exhibition, features a film camera pierced through its lens by an aboriginal spear.  Rendering a camera useless is a metaphorical assault on the primacy of reality because a camera is an instrument designed to document and to preserve the world around us without bias. Born after Mao’s Cultural Revolution and amidst the reforms of Deng Xiaoping, Xu scrutinizes China’s role in an increasingly globalized economy.  Unlike artists of an older generation, he is less focused on the overtly political and instead examines the relentless capitalistic urge which pervades so much of Chinese society.
Born in 1977, Xu Zhen has been the subject of solo exhibitions at the Kunsthaus Graz, Austria (2015); Long Museum, Shanghai, China (2015); Ullens Center for Contemporary Art, Beijing, China (2014); the Minsheng Museum, Shanghai, China (2012); Kunsthalle Bern, Switzerland (2011); and S.M.A.K., Gent, Belgium (2009); as well as major international group exhibitions such as 20th Biennale of Sydney, Australia (2016); Chinese artists at a time of Turbulence and Transformation, Fondation Louis Vuitton, Paris (2016); Contemporary Art from China, Qatar Museums Gallery Al Riwaq, Doha, Qatar (2016) and New Collection, Centre Pompidou, Paris (2015),15 Rooms, co-curated by Klaus Biesenbach and Hans-Ulrich Obrist, Art Basel (2014); the 12th Biennale de Lyon (2013); Art of Change, Hayward Gallery, UK (2012); Performa07, New York (2007); the 10th International Istanbul Biennial (2007). He was also included in the 49th Venice Biennale (2001), and the 51st Venice Biennale (2005). He lives and works in Shanghai.
Download PDF
XU ZHEN®️
Back To Top