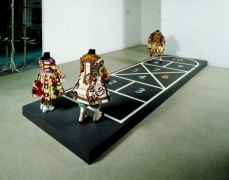 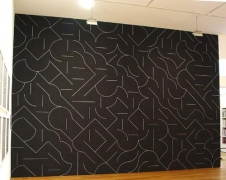 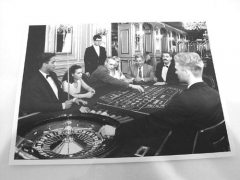 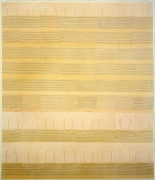 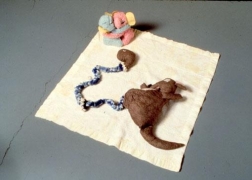 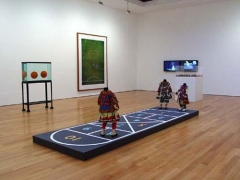 James Cohan Gallery is pleased to announce the opening of our exhibition The Game Show. The exhibition is based around the notion of "games" as physical, emotional, linguistic and political maneuvers. Wittengenstein, the Viennese fin-de-siècle philosopher, once remarked that the word "game" was virtually impossible to define – for what is not a game in life. In the context of a benign chess match, a game of cards or perhaps table tennis, the participants engage in a complex set of issues both consciously and unconsciously.

Georges de la Tour's astonishing painting The Cheat with the Ace of Clubs, c. 1630 which proudly hangs at The Kimbell Art Museum in Fort Worth is a remarkable example of a work which embraces the intricate and subtle relationships between opponents in a game. Within the context of the last century, many artists have also grappled with these matters, among them the Surrealists parlor game of the Exquisite Corpse, Marcel Duchamp's infamous chess playing and Joseph Cornell's game like box constructions.

The Game Show focuses on a selection of contemporary artists who continue to investigate the salient points surrounding games and play. Among the works included are Jonathan Borofsky's Untitled ping pong table, which all are encouraged to play, it posits the opponents at odds with each other as one side of the table is a "plus" and the other is a "minus"; Andreas Gursky's large scale photograph depicts a soccer match between the Dutch and French teams, however with no ball in sight and a player injured on the field, the image speaks to the larger nationalistic ideas of sports; Mike Kelley's Arena #2 (Kangaroo) is comprised of tattered stuffed animals on a used children's blanket, creating a tableaux about loss of innocence; Kirsten Geisler's interactive female cyborg beckons the viewer with sound recognition software to engage in a dialogue of sorts; Yinka Shonibare's sculpture Hopscotch incorporates a classic children's game with headless mannequins dressed in Colonial attire and Sol LeWitt plays a game of chance in his wall drawing #716 from 1991 in which there are eight possible lines (vertical lines, horizontal lines, arcs, etc) to be placed in each square of a grid covered wall. The draftsperson chooses a number between 1 and 8 from a hat and then draws the corresponding line in the next square in the grid.