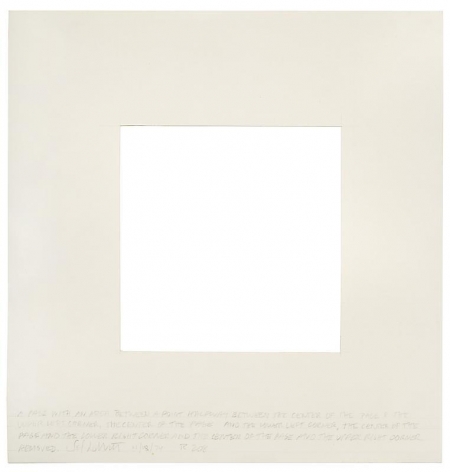 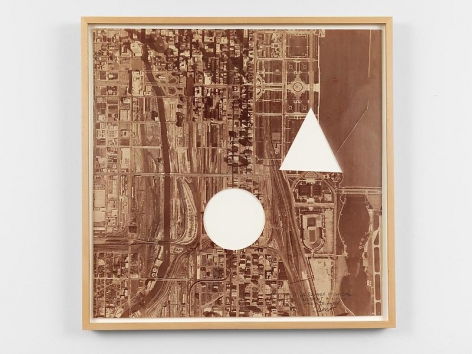 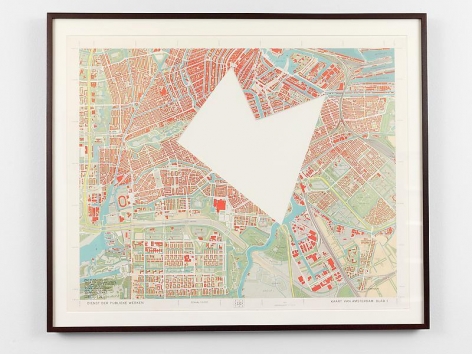 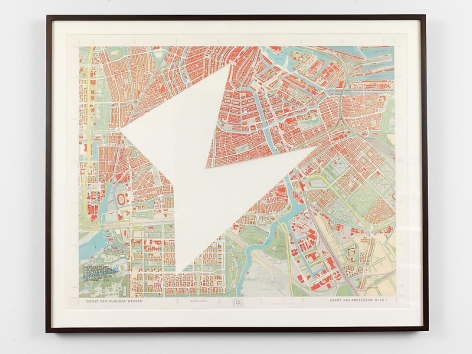 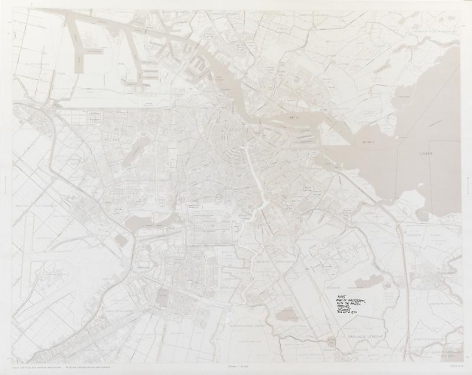 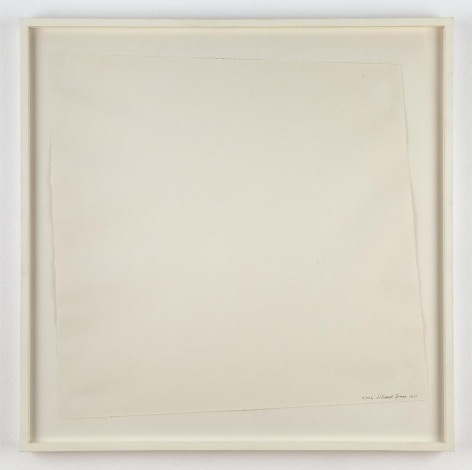 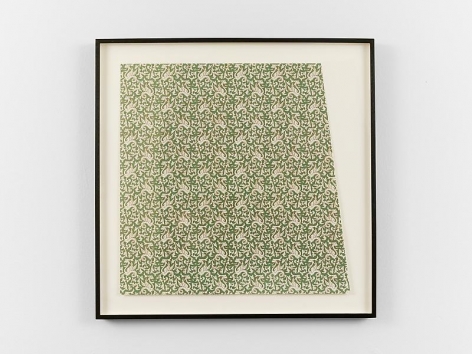 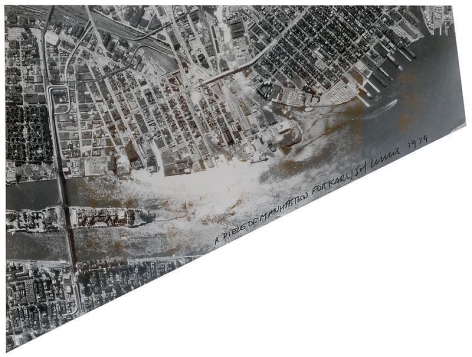 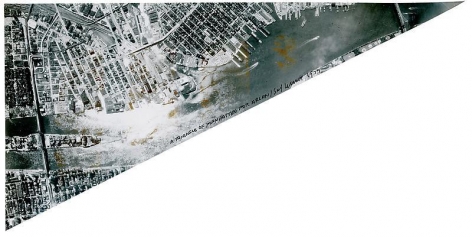 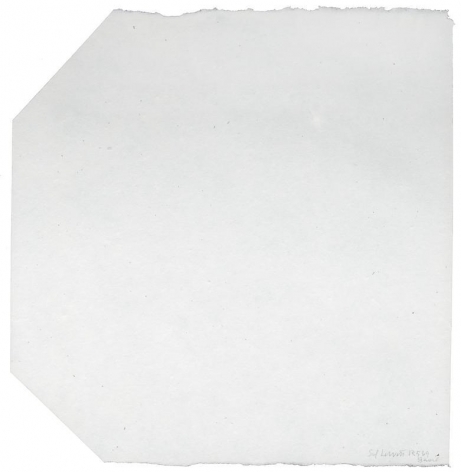 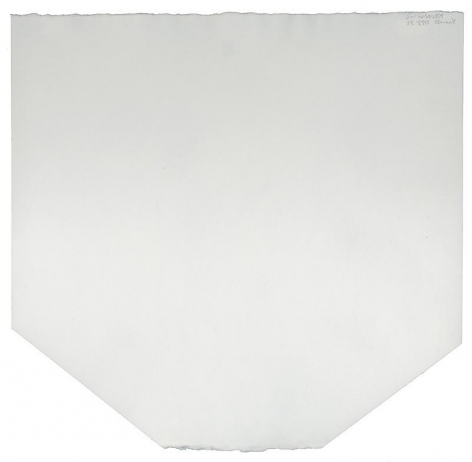 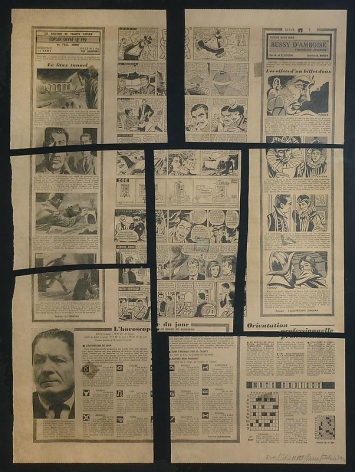 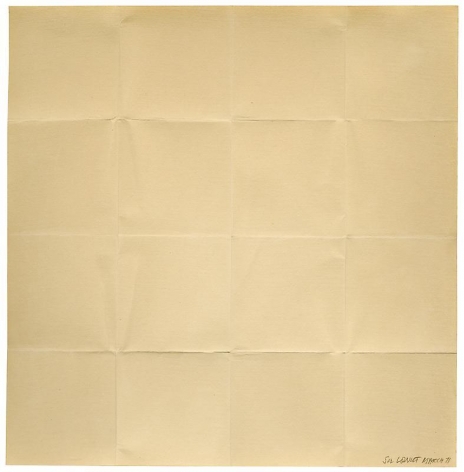 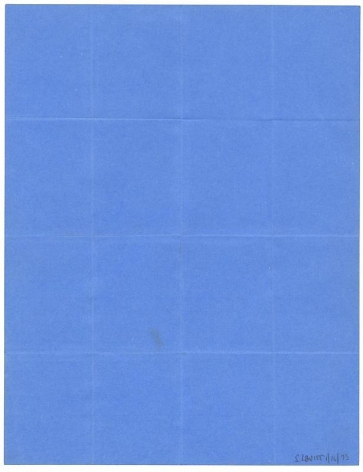 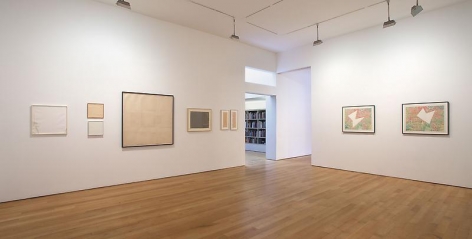 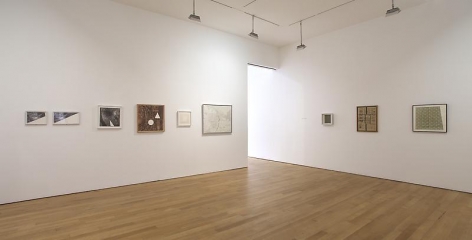 James Cohan Gallery is pleased to announce Cut Torn Folded Ripped, an exhibition of rare early works on paper by Sol LeWitt. Spanning 1967 to 1979, the exhibition has been selected from what are known as "$100 Drawings," a body of work that encompasses more than 800 pieces of manipulated paper, photographs, maps and newspapers. The exhibition was organized in collaboration with Jason Rulnick.

The drawings presented in Cut Torn Folded Ripped are some of the artist’s least known, and are notable for embodying LeWitt's performative "instructions." In 1967 Artforum published LeWitt's Paragraphs on Conceptual Art, in which he stated, “in conceptual art the idea or concept is the most important aspect of the work. When an artist uses a conceptual form of art, it means that all of the planning and decisions are made beforehand and the execution is a perfunctory affair. The idea becomes a machine that makes the art.”

A significant work in the exhibition, Stamps (Eakins) (1967), is a sheet of US postage stamps featuring Thomas Eakins’ painting, The Biglin Brothers Racing (1872), from which a grid-like pattern emerges. From this point forward, grids became an element that informed LeWitt's work throughout his career. In A Square of Chicago Without a Circle and Triangle (1979), two shapes have been excised, illustrating LeWitt's early interest in the power of basic geometric motifs as well as ideas related to dislocation and site.

Sol LeWitt played a major role in the minimalist and conceptual art movement of the 1960s. These seminal early works embody the conceptual framework that formed the crux of all of the artist's art-making endeavors. LeWitt reframed traditional notions of drawing, sculpture and photography by establishing a personal artistic vocabulary of ‘impersonal’ and seemingly simple instructions, providing a platform for language and image to merge and radically changing the landscape of contemporary art.

Sol LeWitt (1928-2007) has been the subject of numerous solo exhibitions in museums and galleries worldwide since 1965. After receiving a B.F.A. from Syracuse University in 1949, he moved to New York City in the 1950s and pursued his interest in design. His prolific two and three-dimensional work ranges from Wall Drawings, over 1100 of which have been executed, to photographs and hundreds of works on paper and extends to structures in the form of towers, pyramids, geometric forms, and progressions. In recent years the artist has been the subject of exhibitions at P.S. 1 Contemporary Center, Long Island City; The Addison Gallery of American Art Phillips Academy, Andover; Wadsworth Atheneum Museum of Art, Hartford; San Francisco Museum of Art, which traveled to the Museum of Contemporary Art, Chicago, and the Whitney Museum of American Art, New York. A retrospective of the artist’s wall drawings is exhibitionsly on view at MASS MOCA.